Good Morning, below you will find a link to the match scores and stages for the May match at RRRC.

Posted in Match Scores | Comments Off on May 2015 Scores

Stages for the upcoming Match

Posted in Stages | Comments Off on Stages for the upcoming Match

Hosted by the Roanoke Rifle and Revolver Club, Inc., the match will be held on RRRC’s range just outside of Roanoke,VA in Franklin County.  All SASS Categories are available and SASS rules apply.  You must be a SASS member in good standing to participate.  All entered SASS Categories will be awarded!  There will be no class changes after you pick up your package at check-in.   Registration is limited to the first 200 paid shooters.  Food will be available from vendors at the range.

Side matches will be $15.00 for all day, or $2.00 per run.  Side matches will be shot till you are happy, and awards will be given in each event for men and ladies.  Side match awards will be presented at the Saturday Banquet.  Limited free, primitive camping available at the range by reservation.  Additional match details and schedule will be sent with your confirmation.  Conventioneers can participate in all events except the 12 main stages.  Conventioneers will receive a shooter’s badge and packet.  Conventioneer’s are requested to dress in period clothing and must be a SASS member to participate in the side matches.

Good morning, below you will find a link to the match scores from the May match in Bedford.

Posted in Match Scores | Comments Off on 2015 May Scores – Bedford

Good Afternoon, below you will find a link to the match scores and stages for the April match at RRRC.

Posted in Match Scores | Comments Off on April 2015 Scores

“I can’t believe it took me this long to find out about Cowboy Action Shooting” (CAS™). “I enjoy the heck out of this sport.” Those were the words of a shooter who joined our posselast year. He continued, “And the members of this group are the best bunch of people you’ll find anywhere.” We hear that over and over. We shoot every 4th Sunday, weather permitting, and welcome new shooters. Sometimes our matches have a theme that is factual, placing us in a living history situation, playing out situations as they really occurred; sometimes it is whimsical fiction. In any case, CAS is a way to practice your gun handling skills with rifle, revolvers, and shotgun and the same time have fun doing it. Target shooters from other disciplines often say that is good to be able shoot guns at steel targets and feel no pressure from competitors. We often hear, “The friendly banter of the guys and gals that compete is one of the best parts. They will do anything in the world to help you score better.” Doesn’t surprise me. After all, “It’s the cowboy (and cowgirl) way.”

The March match welcomed 20 shooters and two support personnel.   Under perfect weather conditions, we banged and clanged our way along to prevent train robbery and apprehend Blackjack Ketchum and the Hole in the Wall Gang.  When the smoke cleared, and scores tallied, Wild Mustang (Dwayne Nuckols) came out on top overall, followed by Red Rider Slim (Gary Feazelle) and Buena Vista Kid (Frank Fox). Top Lady Shooter was Thundercolt (Cheryl Donlon). Five members of the posse had a clean match (hit all targets in the right order) and for the first time in recent history, a couple – Sue Hell No and Rue Barb (Brozonsky) – both shot cleanly. They were joined by Red Rob, Doc Keepum, and Sagebrush Sackett. Thanks for support work goes to Duke City Marshal (aka Lefty), Ms Mustang plus Red Rider Slim, Cedar Creek John and Smilin’ Sam who set targets.   Lookin’ forward to seeing you at the next match on Range A, April 26!

Good Morning, below you will find a link to the match scores and stages for the March match at RRRC.

Posted in Match Scores | Comments Off on March 2015 Scores 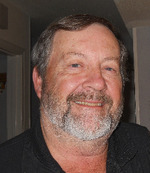 Harvey Lee Bulaski, 71, of Roanoke, passed away on Wednesday, February 18, 2015. He was a Marine Corps veteran, and was retired from Verizon after over 40 years of service. Harvey was a life member of the NRA and served on the FNRA committee. He was also a member of the Roanoke Rifle and Revolver Club, and was an avid volunteer in the community including the Commonwealth Games and Virginia Amateur Sports.

A celebration of Harvey’s life will be held on Tuesday, February 24, 2015 in the John M. Oakey & Son Chapel in Salem with a visitation beginning at 4 p.m. followed by a service at 6 p.m. with military honors. The Rev. Hilton Jeffreys will officiate. In lieu of flowers, charitable contributions may be made to the Virginia Amateur Sports Roanoke Chapter at 711 Fifth Street, NE #C in Roanoke, Virginia 24016.

Online condolences may be expressed at www.johnmoakey.com. The Bulaski family is being served by John M. Oakey & Son Funeral Home and Crematory in Salem, 540-389-5441.

Posted in Uncategorized | Comments Off on Obituary for Harvey Bulaski

Come on out and watch. Better yet, join in. We use 2 Single-Action revolvers, a lever-action Rifle in Pistol caliber, and a side-by-side or 1897 pump Shotgun. You do NOT have to join SASS to shoot monthly matches. Cost is $10.00 per RRRC member and $15.00 for non members. No need to get dressed up either. Most of us dress similar to the late 1800s but a pair of jeans and a long sleeve shirt will do. Glasses and hearing protection are mandatory.

In May we have a “Josey Wales” Match where we substitute 2 more Pistols for the Rifle. But we also have a regular match going on at the same time for those who like to shoot it the normal way.

In June we have our “Wild Bunch” match where we use a 1911 with 4 to 6 magazines loaded with 5 rounds each, in place of the Revolvers. This usually pushes the Pistol round count to over 100 rounds. We still have a regular match going on at the same time.

Cowboy Action Shooting is fun. And it’s never the same. Since most of us “re-load” we can lighten our loads and enjoy it more.

Check out our section on the RRRC web. Our Scenarios, storylines and scores are posted monthly. Our sport is more family orientated and we enjoy having the whole family shootin’ when possible. You determine how “laid back” or how “serious” you want to be.

Good Afternoon, below you will find a link to the match scores from the February match in Bedford.

Posted in Match Scores | Comments Off on 2015 February Scores – Bedford