Good Morning, below you will find a link to the match scores and stages for the match this past weekend at RRRC.

Posted in Uncategorized | Comments Off on July 2016 Match Scores

Hosted by the Roanoke Rifle and Revolver Club, Inc., the match will be held on RRRC’s range just outside of Roanoke,VA in Franklin County.  All SASS Categories are available and SASS rules apply.  You must be a SASS member in good standing to participate.  All entered SASS Categories will be awarded!  There will be no class changes after you pick up your package at check-in.   Registration is limited to the first 200 paid shooters.  Food will be available from vendors at the range.

Side matches will be $15.00 for all day, or $2.00 per run.  Side matches will be shot till you are happy, and awards will be given in each event for men and ladies.  Side match awards will be presented at the Saturday Banquet.  Limited free, primitive camping available at the range by reservation.  Additional match details and schedule will be sent with your confirmation.  Conventioneers can participate in all events except the 12 main stages.  Conventioneers will receive a shooter’s badge and packet.  Conventioneer’s are requested to dress in period clothing and must be a SASS member to participate in the side matches.

Below you will find a link to scores for several of the most recent matches. 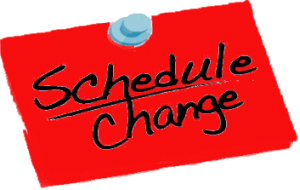 The Bend of Trail match this month will be held on the 3rd Sunday of March, the 20th, and not the 4th Sunday, the 27th.

Below are the results of the 2015 States Match!

Posted in Stages | Comments Off on Stages for July Match 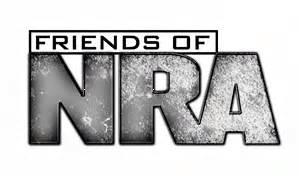 The Roanoke Valley Friends of NRA Committee, VAW-1, invites you to attend our fundraising 2015 Friends of NRA Dinner and Auction Saturday August 22nd, 2015 at the Salem Civic Center.  The doors will open at 4:30 PM and a buffet meal will be served at 6:00 PM.

2015 High Caliber Club Gun, 1860 Henry Lever Action Rifle .44-40
This Special Edition of the Original Henry rifle, a reincarnation of the revolutionary Model 1860 design by Benjamim Tyler Henry, boasts an American fancy walnut stock, classic hardened brass buttplate, 24.5 inch octagonal barrel and chambered in .44-40 caliber. This firearm is an American legend known
as the rifle you could “load on Sunday and shoot all week long”. Only 1 of 300 manufactured by Henry Repeating Firearms exclusively for the Friends of NRA.

Posted in Events | Comments Off on Friends of NRA Banquet, Saturday, August 22nd, 2015

Good Morning, below you will find a link to the match scores and stages for the June match at RRRC.

Posted in Stages | Comments Off on Stages for June Match

Doc McWane and Badlands Buggs (and family) all were moved by the spirit of things.

May is Josey Wales Month for Bend of Trail participants. Outlaw Josey Wales is a 1976 American Western film that was set during and after the American Civil War. It was directed by and starred Clint Eastwood (as Josey Wales). RRRC Posse members are offered the option of competing either in a traditional Cowboy Action Shooting™ format, or in a simultaneously held “Josey Wales Match.” The primary difference is that, based upon a scene where Josey takes on outlaws with 4 revolvers, JW participants use 4 revolvers and engage pistol AND rifle targets. As an added wrinkle, in recent years we have added a lever action rifle to the four pistols and shotgun…makes life interesting, and a lot of rounds go down range. Our next match is on Sunday, June 28th.  Come join us for one of the funnest things around.

Pig Iron Lane and his lead slingin’ companion, Witch Doctor, galloped into town from down Atlanta way and took the regular CAS honors this month, followed by Badlands Buggs and BuenaVista Kid. Witch Doctor was fourth overall and took top Lady’s honors. Over on the Josey Wales side of things, Doc McWane took first place followed by Rowe-A-Noc and Gun Em Down.